Not Guilty Filing - Resisting Arrest and Obstruction of Justice

Our client was charged with Resisting Arrest and Obstruction of Justice from an incident with the police in Rhode Island. These charges are misdemeanor criminal charges that can result in jail time, probation and/or having a criminal record. We did our own investigation into the case by obtaining evidence, watching video and interviewing witnesses.

We decided to select a trial date for the case where the prosecution had to bring in witnesses to prove the case beyond a reasonable doubt. As a result of the evidence we obtained and showed the prosecution, they agreed to offer a Not Guilty Filing on the charges. This means our client did not have to admit to any wrong doing and maintained his innocence. In less than a year it will be expunged from his record entirely. 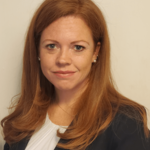 Thank you for contacting us. We will get back to you shortly.

Please complete all required fields below.

When you hire The Law Office of David Ellison, not only are you getting skilled, experienced, and aggressive lawyers in your corner, but you're getting lawyers who understand the importance of empathy, honesty, and trustworthiness. We love to advocate for you.